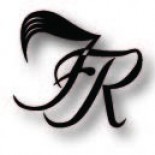 This morning I was writing, as I do every morning, my morning pages, those almost-awake thoughts that pass through my cloudy brain like dreamscapes.  It’s kind of like loosening up before a race, checking to see if all the parts are working.  In the case of writing, it’s like lubricating my creativity, loosening up, in a way, to be ready for the writing I will do the rest of the day.  Since I don’t filter my morning pages, I am often surprised by an idea or thought that I never considered previously.  I thought, what if God were on the presidential ballot?

That’s what I thought.  What if God were running for president?  It stirs up images, thoughts and ideas.  What would be the theme of his campaign?  How would he address the issues?  How would his opponents run against him?

Instead of time for a change or change we can believe in, there might be any blessed change that I want – and I can do it too!

How about the debates?  Brokaw might ask, “God, what are your plans to fix the economy?”  God: “I haven’t decided yet.”  Brokaw: “Senator Obama, would you like to disagree?”  God: “No way!  Are you kidding me?”  Brokaw: “Senator McCain?”  McCain:  “My friends, as a maverick, I will hide out on this issue.”

God would not have travel expenses because he is already everywhere.  So forget about television coverage.  Multiple-city campaign appearances would be a snap.  Fundraising?   Who needs it when you can create at will?  But if it were needed, raising money would be no problem.  Imagine answering your phone.  “Hi, this is God calling.  Can you spare some money for my campaign?”  Who’d dare say no?

Seriously, what if he got elected?   It’s one thing to piss off a politician.   What can they do, maybe put the IRS on you or arrange for you to be detained by the TSA on your next flight?  But, God!  I mean, he could smite you.  I don’t even know what that means, but I know I don’t want it to happen to me.

Creationism vs. evolution?  I think God could make a good case for both.

Pro-life?  Pro-choice?  Not me!  I don’t even get paid for writing this!

Religion and faith questions, usually fodder for a slow media day, would be useless.  If asked about his faith, God could simply say, “I believe in me.”  End of conversation!

God’s print media endorsements would be hard to beat when he has the Bible, Quran, and Talmud going for him.

The good news for McCain?  The age questions would go away.  Hmmm, 70 yrs old or eternal?  God actually is “older than dirt!”  Unfortunately though, the experience advantage that McCain has over Obama definitely shifts in God’s favor.

This entry was posted on October 24, 2008 by Dave Cunningham in Politics and tagged Add new tag, God.